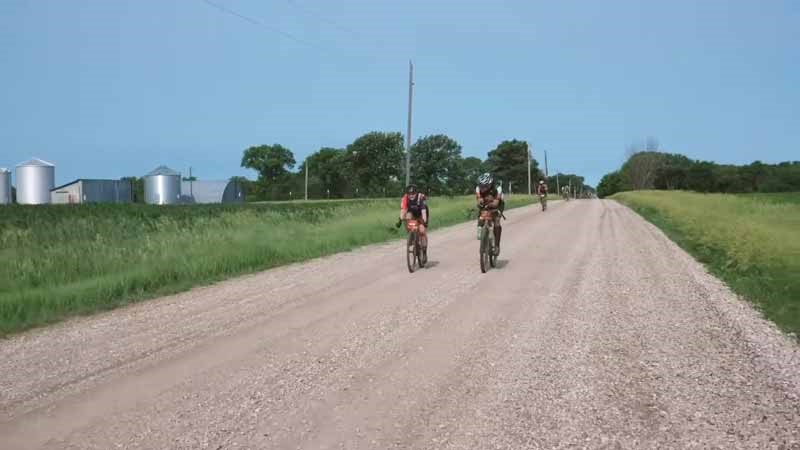 So, there is lots of question coming out about gravel and cyclocross and well we’ve joked a bit on a little bit like old school mountain biking but with drop bars on something that looks a bit like a road bike, or actually, more accurately, like a cyclocross bike.

But the questions have been buzzing around my head, who actually does this?  Is this for mountain bikers that want to cover the miles on an off-road or is it for roadies that want to discover new horizons?

So, I thought I needed to talk to someone who knows all about mountain biking and road and cyclocross, Beth Crumpton. And with three under-23cross-country national championships, a road, and a cyclocross racing career.

People want to know how to ride all these bikes well and how’s it going and there is also a question coming out have what is cyclocross?

Gravel riding has become really popular in the last few years. Fire roads, dirt tracks, and even single track have become a stomping ground of the new breed of drop-bar bikes.

From lightweight carbon bikes designed for enthusiastic fitness freaks to bash out the miles fast, to steel bikes with bags, bottles, tents, and hip flasks, at the lifestyle end of the market.

Gravel riding seems to grab the attention of a broad range of cyclists.

I think there’s definitely a crossover, especially between cross-country marathon and gravel riding together.

Think you can see they cover further distances on similar terrains, so I think there’s definitely a good crossover there and I guess there are the similarities and that’s what people know very much.

The sort of rider that likes doing big days on a road bike, or mountain bike is probably going to feel like gravel biking might be for them?

It definitely could attract them to it and for sure, ’cause you’re still off-road, you’re still covering big miles and seeing good sights and it’s definitely got something for everybody.

I think it’s time for us to try it and I think we should have a go and so what about the bike type and where do they sit compared to a cross-country bike and a cyclocross bike?

The nearest comparable types of bikes. The Nuke-proof Digger is the mountain biker’s gravel bike. It’s a mountain bike brand, of course.

It’s got wide bars that are 500 miles wide and a dropper post. It’s got a 71-degree head angle, so a couple of degrees steeper than a cross-country bike, and the reach on a medium is 396 millimeters, compare that to over 400 on a cross-country bike. The gearing is a 1x with a 40-tooth chainring and 11-42 cassette.

A cross-country bike is likely to have a smaller chainring and a wider range cassette, up to a 51. Gravel bikes are also likely to have more bosses on the frame to attach more bottles, bags, panniers, mudguards and all the kit an adventurer, or a commuter, would ever need.

Beth is riding a cyclocross bike. The original off-road drop bar bike. Cyclocross has been around for almost 120 years. It’s similar to a gravel bike but not the same.

It’s got a higher bottom bracket for pedaling all the time around in the muddy field and not as much tire clearance. Gravel bikes can run wider, more comfortable tires.

So, for me, my gravel bike has sort of been the thing that I go out and do not a very long ride to be fair, like a 20k and 30K and it can link up little loops of single track with a bit of road.

What sort of bike would you ride on that style of the ride? I think I’d definitely go for a more relaxed kind of cyclocross bike.

So, the one I’m on today is racier, but I’d probably pick one very similar but with a bit more, you know, wider tires, a bit wider handlebar, just with more relaxed angles on my bike.

On a bike, I’m running 38 tires and it feels great even on the road they don’t feel as bad as I thought, and off-road it’s really good.

I guess it gets a bit dicey in a single track. So, for me, it’s a leisure thing, I just go off and ride. But we are seeing a lot of races, big races like Dirty Kanza seem to have taken hold and even Granger, what’d you think about those?

There’s definitely a market for races and I think the scale of people riding those races is ever increasing and I think it’s a really exciting aspect of the sports well, that cycling forever developing, and it’s exciting for off-road, as well.

That it gets a mix of crowd, a mix of mountain bikers, and a mix of road riders, as well. – [Neil] It’s funny, I look at some of the pictures see on Instagram of those epic American vistas of endless fire roads.

We don’t really have that type of ride in the UK, do we?  – We don’t, no, and I think that’s why gravel riding in the UK is so much different.

We’ve got a lot of canals, we’ve got loads of towpaths, which are perfect for those gravel riding scenes to ride on, and then you’ve got yet open fields, as well.

You can link up parts of woods and roads and towpaths together and I guess that sort of answers the question posed in this article and is in the UK it’s sort of what cross-riders do, riding through muddy bogs.

There is you may want to know what mountain bikers do as well and riding through forests. So, I guess it’s going to attract those people to do the same sort of thing, but on a different bike.

For sure, and I think that’s what’s so exciting, especially about gravel riding. So the gravel bike has actually replaced the road bike.

I can do those rides linking the final off-road bitsy bit of fire road and a bit of road but what do you feel about the sort hipster adventure riding.

think it’s exciting and fun and it poses the fact that you can go further for longer on those big adventures and make a big trip of it.

Even getaway we’re sticking a beer in your bottle cage so who do you think gravel bikes are for? I think it’s easy to say it’s for everybody.

It’s a happy medium for mountain bikers wanting something different to not be quite classed as a roadie. There will be some of that and I suppose. I’m not bothered, but definitely, some money bikers don’t want to be associated with being a roadie.

I think that is the thing, and I think gravel riding, for sure, helps meet in the middle and It’s definitely becoming so popular.

We’ve also got niches like the racing side of it and the lifestyle, bike packing side of it, as well. Which is cool, it involves a lot of people and definitely, and I think bike packing’s such a cool thing.

You can see amazing things and go to some really cool places and meet new people, and I think gravel riding can bring two different types of bike riders together absolutely.

You may have seen various articles about cyclocross but this is one of the unique posts we’ve done on. But I definitely think there’s a happy medium, where, as you say, everyone can do a bit of it.

It’s the adventure side of a gravel bike that I really like and stick some frame bags on and I can a bike packing on a bike that’s more robust than a road bike and I’m more able to cover big miles than my cross-country bike.

I suppose it’s a bit like old-school bike touring but, in my eyes, it’s a lot cooler, and don’t forget you can throw in some proper off-roading on a bike that can handle it.

More bikes, more options, it can’t be a bad thing, surely?  Let us know in the comments down below if you’re into gravel bikes or if you’re curious about trying one out and want to learn more biking tips you can visit OutdoorXsports and there you can get more information.