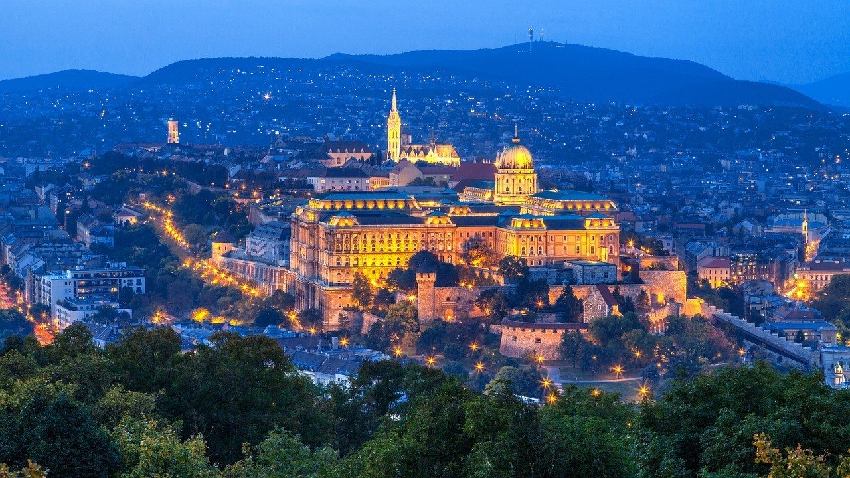 24 May Eight essential places to visit in Budapest

Posted at 13:34h in Business Travel by Charles 0 Comments
0 Likes

With this list of places to visit in Budapest. You will know all the most important points of what is known as the pearl of the Danube. A city that falls in love on the first visit, both during the day and at night, and leaves no traveler indifferent.

Capital of Hungary, formed by the union of the cities of Buda and Pest, separated by the Danube River, this city is surrounded by imposing buildings and historical monuments such as the Chain Bridge and the Parliament, as well as well-kept parks, historic cafes and Above all, fantastic spas where you can relax after a day of sightseeing.

To enjoy the best experiences that the city offers, we believe that a minimum of two days is necessary. Although we recommend you add one more to get to know the city more calmly. And enjoy romantic sunset walks along the banks of the Danube.

One of the first things to do in Budapest is to go to the Parliament early in the day. Located on the banks of the Danube, which is one of the icons of the city.

This huge building impresses with its neo-Gothic façade and interior, decorated with marble and gold, which highlights its main staircase, the Old Upper Chamber, and the Cupola Room, which houses its most precious treasure, the crown of Saint Esteban.

Leaving the parliament you can go to the Danube bank to see the moving monument Shoes on the Danube, built in memory of the Jews murdered in this city during World War II.

The best way to learn about the history of this building is to book this guided tour or take this offer that also includes a tour of the city, both with a guide in Spanish.

For more information, you can consult this post on how to visit the Parliament of Budapest.

Walking along the banks of the Danube you will reach the Chain Bridge, one of the most beautiful bridges in the world and another of the essential places to visit in Budapest.

Presided over by two lions, this beautiful bridge is an identical reconstruction of the one destroyed by the Germans during the Second World War when they were withdrawing from the city and the oldest one that joins the districts of Buda and Pest.

The best views of the bridge are obtained from the shore of Pest, where there is an area of ​​benches perfect for sitting or having a picnic, although we advise you to also approach at night when there is a postcard photo with the illuminated bridge and the Buda castle background.

Another of the best options to enjoy the views of this bridge and the Parliament is to book one of these cruises on the Danube, which are one of the most recommended experiences by travelers who visit the city.

Váci Utca is one of the places to visit in Budapest

From the Chain Bridge you can continue along the banks of the Danube until you reach the Liberty Bridge, although we recommend you leave this walk for sunset, and in this case, walk along the inner Váci Utca Street.

This pedestrian street, the most commercial and popular to see in Budapest, begins in the beautiful Vorosmarty Square, where a beautiful Christmas market is set up, always full of a good atmosphere and places to have a drink.

After buying a cupcake at the historic Gerbeaud Patisserie, you can walk the entire length of Váci Utca street, stopping at one of its cute shops like Philantia, to the Central Market, the largest covered market in the country with plenty of stalls selling fresh local produce.

Crossing the Liberty Bridge, from which you will have one of the best views of the Danube. You will arrive at the Gellert Hotel and its famous spa.

Considered one of the best spas in Budapest as well as one of the most beautiful in the world. The Gellert Spa impresses with its spectacular central pool surrounded by classical-style marble columns and statues, which will give you unforgettable moments of relaxation after visiting the city.

In addition to the central pool, in which a popular Danone advertisement was filmed. You can enjoy its massage services, saunas, and all kinds of thermal baths. Which are a perfect addition to your visit to the spa.

The next stop on the route through the most beautiful places to visit in Budapest is at the Central Café (Central kávéház), where you can order a coffee accompanied by a small and delicious cake or hot chocolate.

This place has a decoration that recalls its golden days, at the beginning of the 20th century. When it was a meeting place for poets, writers, and intellectuals of the city.

Another of the most beautiful historic cafes that we loved is the New York Café. Located inside the Boscolo Budapest hotel. Although it was one of the most expensive cafes of our lives. It is worth going inside to see its golden decoration with frescoes. And large lamps that transport you to the luxury of bygone times.

After visiting the Synagogue, you can eat at the ruin bar Kloves. One of the best places to try typical Hungarian dishes such as goulash (a hot soup with pieces of meat), knuckle, or duck.

The ruins bars (ruin bars), located in the Jewish district, are buildings that were abandoned during the Nazi occupation and remained in a dilapidated state. until young and resourceful people rented or bought them. Transforming them, thanks to recycled materials. Into premises with totally original decoration.

In addition, all these places, have large rooms and patios. Perfect for spending an afternoon with friends having a drink or trying good traditional food.

Among the most famous to visit in Budapest is the Instant. The Dürer Kert, the Mazel Tov, and above all the mythical Szimpla Kert. The most famous and the pioneer of the ruins bars.

The Basilica of Saint Stephen of Catholic worship. And with a capacity of up to 8,500 people, is another of the most important places to see in Budapest.

This huge neoclassical-style temple is dedicated to Saint Stephen. The first king of Hungary, and inside, in addition to numerous works of art. The king’s right hand and the country’s largest bell are kept as relics.

Before leaving the church, we advise you to take the elevator up to the south tower. From where you will get excellent panoramic views of the city.

Leaving the opera house you will find yourself on Andrassy Avenue. One of the most popular avenues in Budapest, linking the center with Heroes’ Square.

This 2.5-kilometer-long street was declared a World Heritage Site by UNESCO in 2002 for its Renaissance palaces such as the Drechsler Palace and its beautiful facades.

During the walk, you will also find luxurious shops and several museums. Such as the interesting House of Terror until you reach the Heroes’ Square. Which has seven equestrian statues representing the leaders of the founding tribes of Hungary. As well as a 36-meter column high, crowned by a statue of the Archangel Gabriel.