Ten trips to Europe to make once in a lifetime 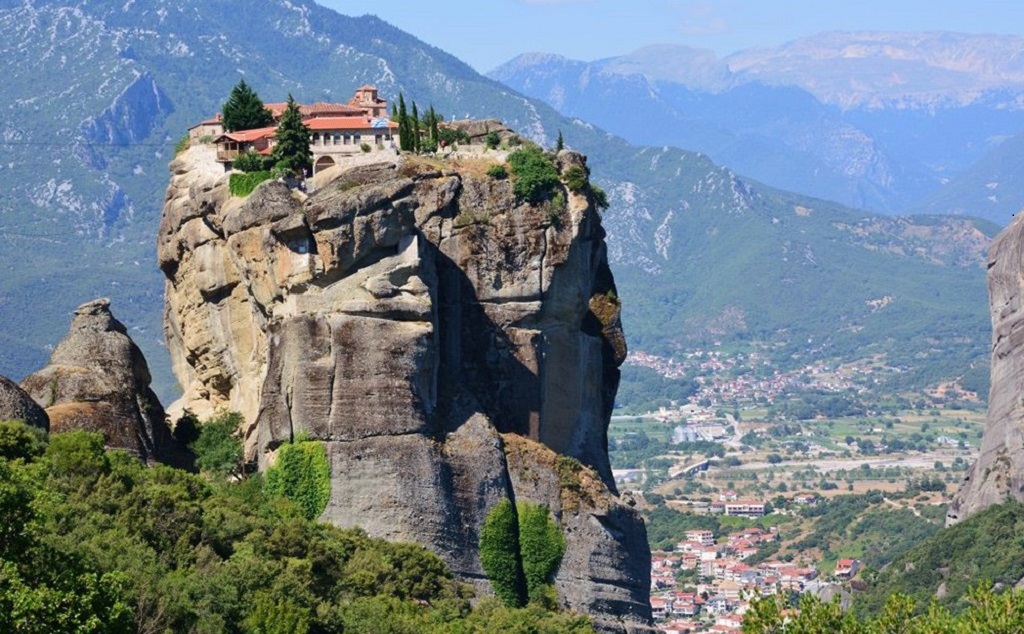 Posted at 06:16h in Adventure by administrator 0 Comments
0 Likes

On foot, by bicycle, by van, and along rivers, in the woods, facing the sea: 5 trips to Europe to do at least once in a lifetime.

Let’s face it: now the holidays where you stay in the same place are boring and outdated

What real travelers want is an experience, savoring a country as much as possible, discovering its most hidden and evocative corners.

That’s why we have selected 5 trips to Europe that allow you to move from one city to another while admiring the sunsets along the way – whether through the window of a hippie-style van or a camper in the glaciers or riding a bicycle. with the backpack on his shoulder.

A tour in contact with nature, only for the most daring travelers.

To recommend it is Visit Finland: seven national parks in ten days, starting from Helsinki.

The first stop is 35 kilometers from the capital: the Finnish Nature Center Haltia, which with its exhibitions already allows you to savor the best of the country’s flora and fauna.

On the second day, go to the Hame Nature Center, where you can ask about the first park you will visit: Torronsuo National Park.

Continue on the third day, passing the Hameen Harkatie road, crossing Hameenlinna or Padasjoki: you are already inside the Isojarvi National Park, full of lakes.

The next day you arrive at Southern Konnevesi National Park: here a swim in Hayrylanranta is a must.

Lose yourself – not in the true sense of the word – in the ancient forests of the Pyha-Hakki National Park, where the pines are even 400 years old.

Then follow in the footsteps of the reindeer in the wild forests of Salamajarvi National Park and the next day admire the traces of the ice age that made Rokua the first Unesco Geopark.

On the eighth day, go bird watching in Liminka Bay, on a penultimate day take lots of photos of the fishing villages of Hailuoto and then, from Oulu, return to Helsinki in the vehicle of your choice.

Probably the most unusual itinerary.

It was developed by Edoardo Massimo Del Mastro, better known as the Nomadic Mind, who periodically accompanies groups of traveling adventurers.

We leave Reykjavik, the capital, from which we then move towards Keflavik where the campers are collected.

Drive to the Golden Circle to see the explosion of the Strokkur geyser and the majestic Gullfoss waterfalls.

The third day is dedicated to the Snaefellsnes peninsula: during the day you can spot seals at Ytri-Tunga Beach, at night you can expect the Northern Lights.

We continue with the fjords of the North-West, which according to many experienced travelers offer the best landscapes of Iceland.

On the sixth day we return to the ring road, stop at the Godafoss waterfalls, until we reach Husavik, a fishing village.

In the morning, whales are sighted, while in the afternoon we move to visit the Krafla volcano.

Day eight is dedicated to Litlanesfoss waterfalls, then relax in the warm outdoor water during sunset and sleep in the Jokulsarlon glacier park.

The last few days are dedicated to icebergs, Skaftafell waterfalls, Skogafoss, and Seljalandsfoss, but also the black beach of Vik.

Culture, nature, fun. There is everything in this mini-tour that starts from Trieste.

Treat yourself to a city ​​tour, visit squares, museums, and points of interest.

The next day, rent a car and head to Bled, Slovenia: a place that will leave you breathless, with a small island in the middle of a large lake.

During the day, discover the surroundings of the area, walking in the simple paths that run along the lake. Then return to one of the romantic hotels in the area to change and go out just before sunset. It will be spectacular to admire it as the sun sets and the light on the mountains in the distance makes the magical atmosphere.

Dinner is at the Bled Castle restaurant ( ask for a table with a lake view).

The next day head to Ljubljana, the Slovenian capital and one of the most interesting destinations of the year. Pretty and full of activities, culture, and food, it will amaze you.

Arrive in Lisbon, the Portuguese capital, and discover for a couple of days at least its history, its alleys, and its food.

Rent a car and head to Sintra, which despite being north of the city is in the very same district as it.

You will be amazed by the rocky walls (perfect for a few shots!) And by the greenery of the gardens.

At this point you begin your descent to the south: Sines, a small fishing village that boasts a lovely Archaeological Museum.

Here, a town famous for Vasco Da Gama, do not miss a fish dinner during a beautiful sunset.

Continue to the cliffs of Praia do Amado until you have a picnic on Cape San Vincenzo.

At night, sleep in the Mareta View Boutique b & b, obviously asking for a room with a view.

The next day, drive to Albufeira: nightlife and beautiful views will give you magical moments.

The last stop is Faro (at the edge of the Ria Formosa national park) which also boasts an airport.

The Lofoten Islands, in Norway, offer some of the most evocative views of the globe.

This is thanks to their geographic conformation, which ranges from razor-sharp mountains to white sandy beaches.

For this reason, it is better to rely on a tour operator who knows how to advise you on the right addresses where to stay overnight and those where to rent the car.

According to the route designed by Blueberry, land at Bodo airport. Then after having collected the vehicle, stay overnight in the village and leave the next morning with a ferry crossing to Moskenes. Continue to Mortsund, stopping in the fishing villages for a few shots and a good local meal.

In States Rorbusenter’s sleep in the rorbu, the traditional Lofoten houses are built on stilts.

The next morning we leave for Svolvar, the capital of the archipelago. And drive towards Harstad through the Last.

The next day, crossing the Gisund bridge, you arrive at the island of Senja: discover the Anderdalen national park and the Senja Trolley, the largest troll in the world.

Third to last day dedicated to Alta and the arrival at the North Cape island: the view of the Arctic ocean will leave you breathless.

Leave for Hammerfest, the northernmost city in the world, continue to Tromso aboard the Hurtigruten Fjord Post: 11 hours and breathtaking views.

From here, leave the car and repair it.

You may also like to read, Private Tour on Italian Holiday Summer vacation