What to see in Norway? Best tourist attractions and places 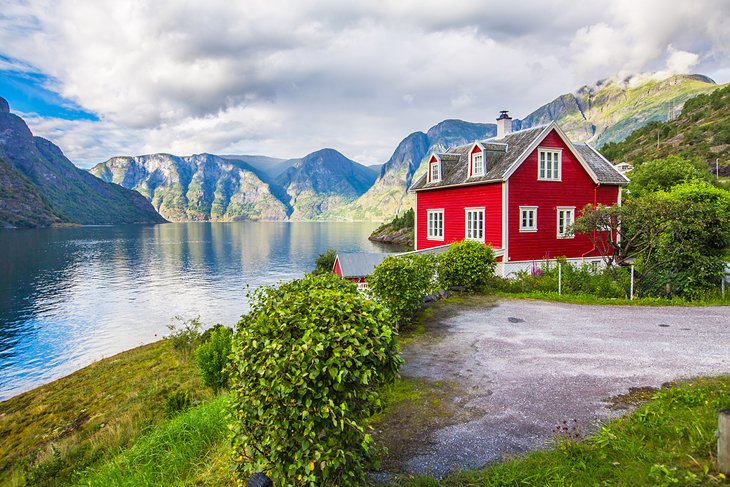 24 Apr What to see in Norway? Best tourist attractions and places

Posted at 15:09h in Reviews by administrator 0 Comments
0 Likes

Norway is a gigantic country. Maybe not so much in size, but many landscapes of history and art. So big that it is practically impossible to think of visiting everything in a single trip to Norway. Too many places to see in Norway routes to do, monuments to visit … so you have to go little by little. What is “natural” is to start in the south –yes, there is also south in the north–, which we did. Deciding what surprised, fascinated, impacted us the most… is very complicated. Even more so, take that list as “what to see in Norway. Because I am sure that many were left out of our itinerary and because the colors were to taste.

What to see in Norway?

In any case, we can select ten experiences, visits, moments … that remain in our memory forever – we keep remembering them and five years have already passed. These are our ten things to see in Norway, in southern Norway.

SAILING THE FJORD OF DREAMS, THE SOGNFJORDEN

It seems that you don’t travel to Norway if you don’t see the fjords. It is one of those things to see in Norway or yes, or yes. Even more so if your trip, as ours was, is to the south of the country. From the first to the last, the fjords will not cease to amaze you with their cliffs, their farms that seem to hang from the rock, the waterfalls, and the color of the water. Each one more impressive than the last. We wondered what a fjord would have to have to be UNESCO World Heritage Site until we hit the Sognefjord.

CLIMB THE PREIKESTOLEN AND ADMIRE THE LYSEFJORD FROM ABOVE

Norway is a country of nature and outdoor sports. You may not consider yourself a sportsman, but a walk every now and then doesn’t hurt anyone and peering from the country’s best-known rock is something you shouldn’t miss on your trip to southern Norway. The most famous rock is the Pulpit, Preikestolen in Norwegian, and the view of the Lysefjord from more than six hundred meters high is indescribable.

WALK ON A GLACIER

Since you have launched yourself on nature walks, walking on the ice of a glacier should also be part of your plans. The Jostedalsbreen is one of the most accessible glaciers globally if they even make it easy. You just have to put on your crampons, tie the safety rope and start hitting the hundreds of years old ice in the middle of nature.

AN UNFORGETTABLE TRAIN JOURNEY: THE FLÅMSBANA

Such a “wild” country requires engineering works that could be considered almost impossible. One of these marvels of human inventiveness is the Flamsbana train, built to deliver freight arriving at the port of Flam to Bergen and Oslo. The Flamsbana connects the cities of Flam and Myrdal, on the Oslo-Bergen railway line.

It turns inside a mountain as if it were a corkscrew to save the 864 meters of unevenness between the two cities in just over 20 kilometers. Nowadays it is a panoramic and tourist train – the whole journey is explained on the screens in the wagons with audio in several languages ​​- something to do in Norway, because not everything will be going by boat, right?

Visit one of the most spectacular engineering works in the country – not to mention the Lærdal tunnel, Laerdalstunnelen, which is almost 25 kilometers long, the longest road tunnel in the world, or the Atlantic Highway with its eight “impossible” bridges. We must remember that the Norwegians were already true masters of construction centuries ago. To show the Urnes stavkirke, one of the oldest of the 28 remaining wooden churches in Norway from the Middle Ages. If you’ve sailed through a fjord and looked out over Preikestolen, the next thing you have to see in Norway is a stavkirke.

How can a wooden building have survived since the 12th century in a country with so much humidity – and we say it with knowledge of the facts because it rained a lot when we were going there? Because they knew how to take care of that wood, covered with a black layer that made it waterproof. Carved doors, benches with symbols for men and women, wooden beams full of symbols … and a kind of outer cloister that served so that those who could not enter could hear the mass from outside – there are holes to hear the priest – protected from the elements weather.

THE LARGEST GOTHIC CATHEDRAL IN THE NORTH OF THE WORLD

Continuing with religion, we must not stop approaching the northernmost Gothic cathedral in the world: Nidaros Cathedral in the city of Trodheim – as far north as we got on our trip to Norway. Did you know that there were four Christian pilgrimage routes in the Middle Ages, one for each cardinal point? Jerusalem was in the east, Santiago de Compostela was in the west, Rome was in the south and – yes, you guessed it – Trodheim was in the north. The Nidaros road ends at the city’s cathedral.

You cannot go to Norway and not pay your respects to the most famous culture-civilization in Scandinavia: the Vikings. In the Vikingskipshuset in Oslo, the Norwegian Viking ship museum, there are three original Drakkar. The ships they used between the 8th and 11th centuries to reach half the world – if you want to know more about the Vikings-look at this.