What to see in Toulouse in one day trip? 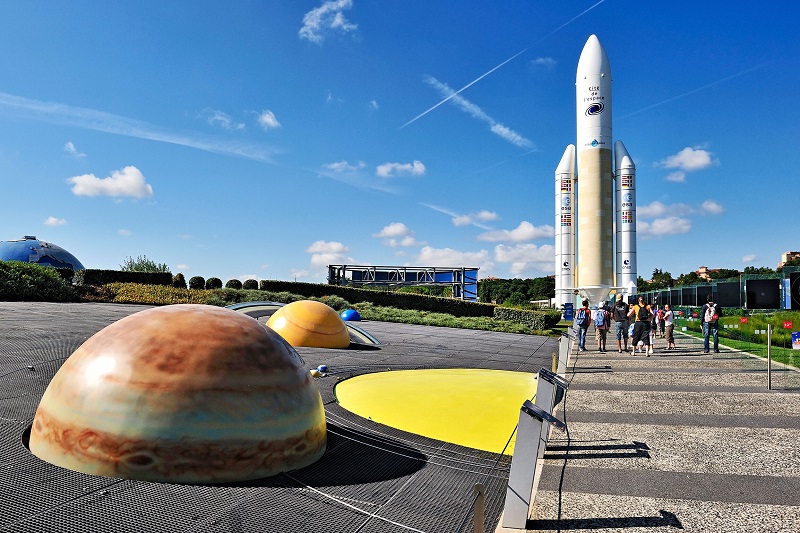 24 Apr What to see in Toulouse in one day trip?

Posted at 15:15h in Reviews by administrator 0 Comments
0 Likes

You travel to Toulouse, you only have one day, and you want to know what to see in such a short time. That’s what happened to us. We also wanted to explore its surroundings and we only had one day to visit the city. He deserves much more, at least a weekend, but if you can’t stay, we’ll tell you what to see in Toulouse in one day and put it all on a map.

What to see in Toulouse?

Toulouse, with its more than 470,000 inhabitants, is the fourth most populous city in France. The third in the number of students: there are more than 100,000! So if you are looking for animation, this is the place for you. Of course, its historic center is relatively small: you can get an idea of ​​it in one day.

First of all, Toulouse or Tolosa? In principle, in Castilian, it is Tolosa, its name in Occitan, but that translation is hardly used. Also, so you don’t get confused with the Tolosa Guipuzcoana, the one with the beans.

THE PLACE DU CAPITOLE AND THE CAPITOLE: THE FIRST THING TO VISIT IN TOULOUSE

A good starting point for a visit to the historic center of Toulouse is the Place du Capitole. Here stands the imposing building that gives it its name, the Capitole, the seat of the town hall and the National Theater. Don’t let its neoclassical façade, with its eight large pink marble columns, fool you. Although it is from the 18th century, the patio is from the 17th century and in the garden are the remains of its oldest, medieval part.

Nor should you stop entering and visiting its rooms. The most impressive, without a doubt, is the Hall of the Illustrious, decorated in the 19th century and inspired by the Galleria Farnese in Rome. Marble, gold stucco, frescoes … horror vacui at its finest! Of course, there was not so much money. Of all the columns in the room, only four, those found at the entrance in the central part, are made of marble. The rest are stucco. The butterflies will tell you.

THE BASILICA OF ST-SENIN: ROMANESQUE IN BRICK!

The Saint-Sernin basilica is another place you have to see in Toulouse, yes or yes. It will not be difficult to find it: its five-story tower crowned by a spire does not go unnoticed. The basilica took more than 250 years to build, from 1080 to the 13th century, but it maintained its Romanesque style. The funny thing is that instead of being built in stone, it is built in brick, well, there is some stone, but little: there were no quarries in the area. We have never seen a brick Romanesque church!

Inside there are a few jewels: four 12th-century sarcophagi of the Counts of Toulouse, Romanesque and Gothic frescoes and, in the crypt, many relics. Among them are those of San Sernín or San Saturnino de Tolosa, the first bishop of Toulouse, in the third century. The basilica is dedicated to him.

THE CONVENT OF THE JACOBINS: THE GOTHIC JEWEL OF TOULOUSE

The Capitole is the neoclassical emblem of the Occitan capital and St-Sernin is the Romanesque. Now, to complete the trio of must-sees in Toulouse, we go to its gothic gem: Les Jacobins. To be more exact, the conventual complex of the Jacobins, founded in the 13th century by Santo Domingo de Guzmán himself, father of the Dominican order.

From the outside, the Church, a large solid block of bricks – yes, there are bricks here too instead of stone – it looks like a fort. It is no coincidence: the military architecture was a sign of the Church’s strength in its fight against the Cathars. But, upon entering, it is another story. Seven twenty-eight meter high columns “branch” opening towards the vault with their polychrome ribs, creating a palm tree effect. There is the palmier des Jacobins.

Romanesque, Gothic, Neoclassical buildings and what about the Renaissance? Well, that was the golden age of Toulouse. In the 15th and 16th centuries, the trade-in textiles dyed blue with the pigment of a local plant called Glasto, pastel in French, flourished.

This natural pigment replaced the much more expensive indigo brought from Asia and triumphed in the European courts until it was replaced by indigo from the New World. At that time, the rich Glasto merchants, the “lords of the cake “, showed their power with their palaces. The characteristic towers of these Renaissance mansions, which look out onto the street from their courtyards, continue to dot the center of Toulouse. As always: the higher the tower, the greater the power of its owner.

There are almost two hundred Renaissance palaces in the historic center of Toulouse. On rue de Change you have two examples: the Hôtel d’Astorg, at number 16, and the Hôtel d’Arnault de Brucelles, at number 19. Another is the Hôtel de Bernuy, at rue Gambetta. There is also the Hôtel Delfau 20 rue de la Bourse, where, until 2019, the La Fleurée de Pastel store was located, with products of all kinds related to cake.

Of fabrics dyed with the 13 shades of blue obtained with the checkered glaze, passing through cosmetic products. When we visited in 2015, we were told that there was a new cake boom, but it seems that it has not been enough. If he reopens a store there, don’t miss it: it has a nice courtyard with its tower.

THE PINK CITY OF FRANCE FROM ABOVE: THE GALLERIES LAFAYETTE VIEWPOINT

From the top floor of Les Galeries Lafayette de Toulouse, it will be clear why the capital of Occitania is nicknamed the “pink city.” If not even the churches were built in stone, imagine the rest of the buildings… Unlike in the north of France, brick was used next to wood, hence those warm colors, ranging from pale pink to deep orange. It is worth going up to the terrace to admire the panoramic view of the historic center of Toulouse.